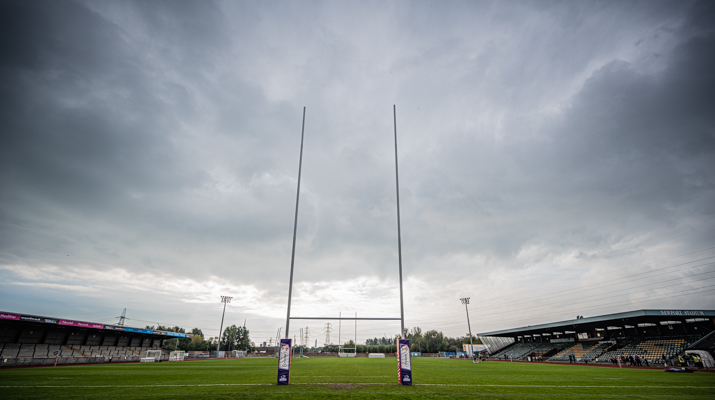 After a few days to reflect Newport RFC can look back on their first game at Newport Stadium as a resounding success. Not only did the team put in an excellent performance to beat a very good Merthyr side 27-16 but the off the field arrangements also worked extremely well for both the players and supporters alike.

The excellent facilities at the Stadium were appreciated by the supporters with a large amount of positive feedback received both on the day of the game and since. The club are extremely grateful to the managers and staff of Newport Live for their assistance in hosting this match and look forward to developing that relationship throughout the season. Neil Sargent, Andrea Ovey, Hayley Thomas-Jones and their teams have worked tirelessly to welcome the Black & Ambers to the stadium and we are very grateful for their assistance.

The pitch was in excellent condition, for which the Newport Live groundsmen and Dragons staff are to be congratulated and we received a very warm welcome both before and after the game at Newport Cricket Club.

As ever The Friends of Newport Rugby Trust worked hard behind the scene at ticketing, announcements, social media, cleaning, stewarding and something that is new to them, catering. Thanks to everyone who played their part.

Steve Ward, Chief Executive for Newport Live said “It was great to see Newport RFC at Newport Stadium last weekend and we are pleased to be able to work with the club to support their bookings.

“We are very proud to be able to support numerous teams and partners from across the city with access to our facilities and the pitch was in great condition for Newport County’s training session this week. We’re looking forward to welcoming Newport RFC back later in October and wish them every success with the game, particularly following their fantastic win against Merthyr.”

We look forward to welcoming supporters at our next home fixture at Newport Stadium on Saturday 23rd October when we entertain Pontypridd in a Indigo Welsh Cup game kicking off at 14:30.