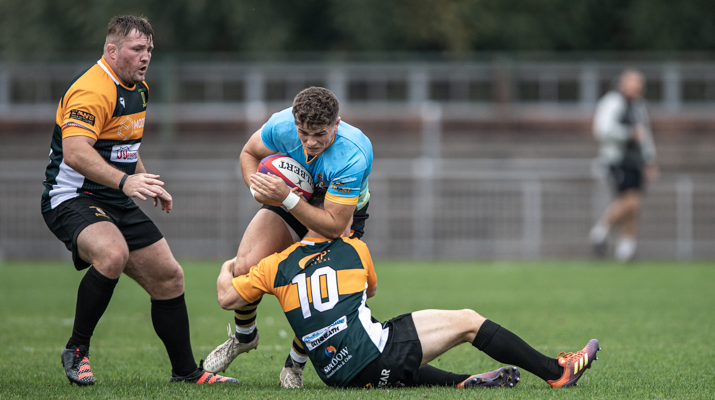 Newport travel the relatively short distance to face old rivals Ebbw Vale. There is a good feeling in the camp at the moment following a fine victory against a powerful Merthyr side.  The first game at Newport Stadium went well with an exciting game on the pitch and a good crowd enjoying the new surroundings. Ebbw has had a mixed start to the season with two wins and two losses but they will always raise their game against the Black & Ambers.

Although Newport still have a few injuries the coaching team has the luxury of leaving good players out of the match day twenty-three. Fit again Elliot Frewen comes in on his usual wing position and Rhys Jenkins is ready to make an impact off the bench.