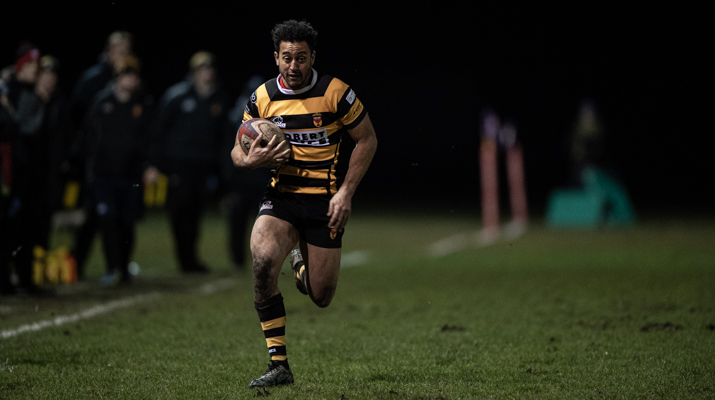 We knew it was going to be tough at Ebbw Vale but no one expected it to go down to the last play.  Newport constructed four good tries but missed tackles and a high penalty count meant that the hosts came back strongly on a muddy pitch which suited their direct pick and drive tactic.  These are the games that need to be won if the Black & Ambers are to compete for the league title, so well done to the squad for showing the determination to get the W.

Next up is a trip to Parc y Scarlets on Sunday when we face a struggling Llanelli side.  It will be a different kind of game to the last, playing on a good surface against a side that likes to move the ball quickly from all over the pitch.

The coaches make several changes to the starting line-up with fit again, Will Griffiths, joining Louis Jones and Garin Harris in the front row. Rhys Jenkins starts at 6 and Josh Reid slots in at seven replacing the injured Kyle Tayler.  Che Hope gets his first start  at scrum half, with Cameron Lewis moving to 12 to replace the unavailable Matt O’Brien and Jon Morris moving to 13.  Matt Powell starts at 14 following the injury to Oli Andrew with Elliot Frewen taking the 11 jersey.

Friends of Newport Rugby are running a bus to the game leaving the pull-in outside The Admiral Building opposite the railway station at 12 noon. Contact Steve Bennett by email at stattonrfc@live.co.uk to book your place.