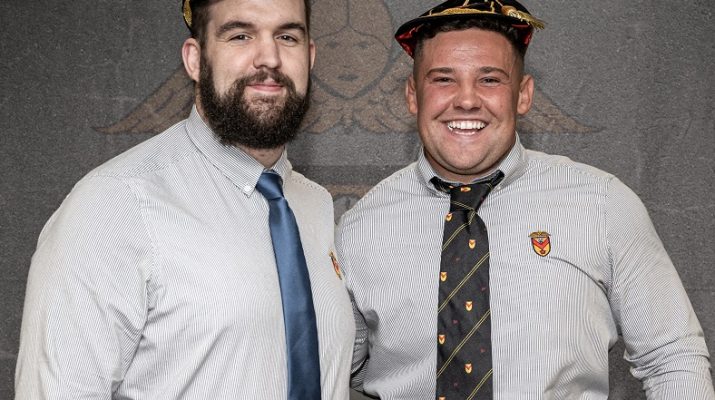 Newport RFC recently held their end of season awards dinner which was extremely well attended by the squad, management and our superb supporters.

Throughout the evening there were lots of presentations made and videos shown, both serious and comical with many references to the superb season Newport has had by finishing second in the league and winning the Welsh cup.

Following a super three course meal the awards were made:

May Player of the Month – Henry Palmer

Coaches Player of the Season – Will Reed

Jeremy Williams & Mike Drew received gifts on their retirement from the medical team.

There were also presentations of gifts to volunteers Angela Sheppard, Phil Hayward, Evan Evans and Will Taylor.

You can see lots of excellent pictures supplied by Simon Latham here: Pictures