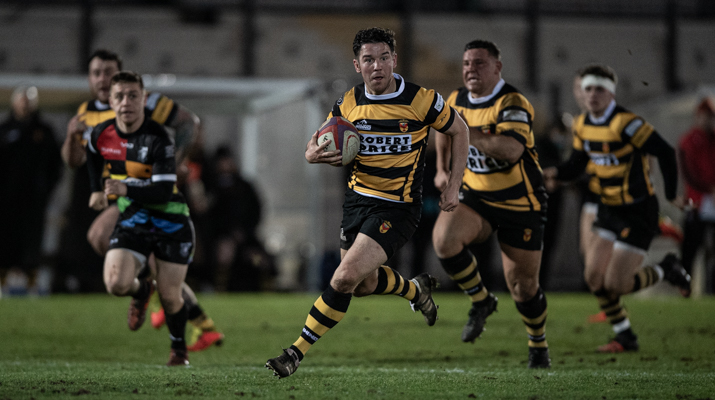 Next up for Newport is an away game at Eugene Cross Park against old rivals, Ebbw Vale. The Steelmen are not having the best of seasons but with new coaches and new players they will be looking to prove that, with a victory over Llanelli last time out, they have turned the corner and will soon be back to top form.

The Black & Ambers will have a spring in their step after a fine win against Pontypridd in front of the TV cameras which gave a wider audience the chance to see the entertaining brand of rugby that is played at Newport Stadium.  The game was ideal for television with seven tries, lots of incidents and play going from end to end and from side to side.  The only downside to the night was a nasty injury to dynamic hooker, Will Griffiths, which will keep him side-lined for a while.

The game against Ebbw Vale is also being televised but conditions might not be best suited for running rugby so the team will need to adapt quickly to playing mid-week at the top of the valley.

The coaches make four changes to the starting pack with props Lewis Smout and Dan Suter coming in alongside hooker, Henry Palmer, and young George Young replacing hard grafting Rhys Jenkins in the back row.  Two changes in the backs as the coaches bring in Oli Andrew and Jon Morris to fill the wing positions.

Match officials to be announced