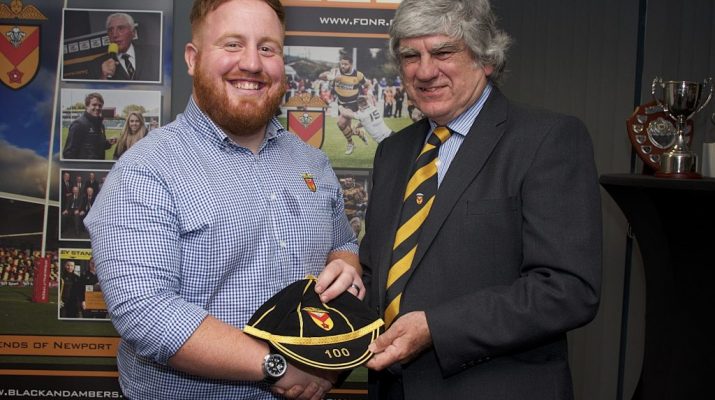 Tom Piper has left the club after 6 seasons and 115 appearances. Hugely popular with his teammates and a very influential member of the squad throughout his career Tom will be greatly missed by fans and his teammates alike.

Tom appearances have been restricted this season but the fact that he passed the 100 mark in only four seasons shows the remarkable form and fitness that he maintained. One of his proudest moments was receiving his 100 appearances cap from Chairman Will Godfrey.

The changing room will be a different place without Tom around and everyone at the club wishes him success in his career on an off the pitch in the future. He will always be extremely welcome at Newport RFC.