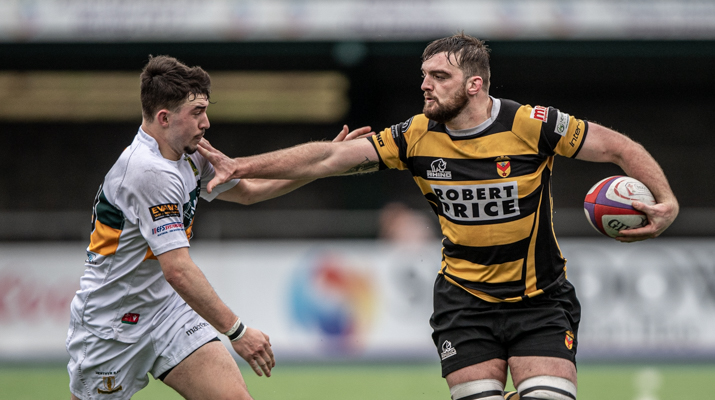 Newport head into Saturday’s game on the back of two superb victories.  Away against Merthyr they exposed the opposition by playing a fast, wide game with forwards combining with backs to move the ball quickly until the gaps appeared. Ebbw Vale had done the homework and worked hard at the breakdown to stop the Black & Ambers getting the quick ball they need to play the running game that brought success against Merthyr. This time it was the driving maul that overpowered the battling Ebbw Vale team and again a clear victory was achieved. It was very satisfying for the coaches to see that the team can adapt the tactics depending on the opposition and the conditions.

Bridgend has always been a team that plays a fifteen-man, running game and it will be interesting to see how they will approach this contest. Bridgend has had a mixed season so far but they did achieve a win away to West pool leaders, Llandovery.  The only game the Church Bank outfit lost.

Newport continues to rotate the squad and it’s good to see young Oli Andrew getting one wing spot and popular Jon Morris getting the other. On the bench Joe Bartlett and Elliot Frewen make a return and are sure to get some game time.