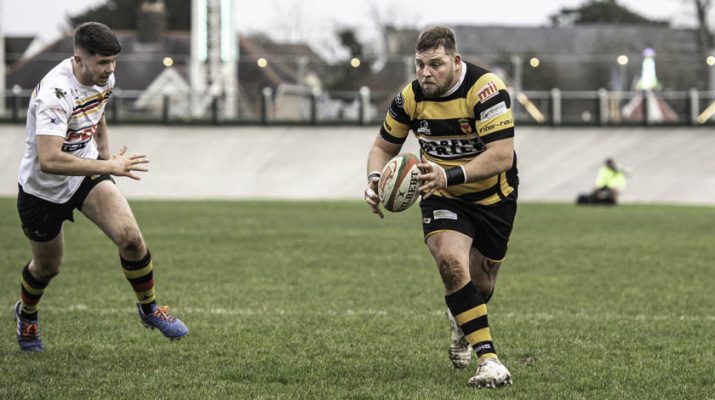 Well, well, well, Newport finally get to appear on live TV. This might come as a surprise to those television viewers who have become used to seeing a few clubs on a regular basis. It is now up to the Black & Ambers to show the kind of rugby that we are famous for. I’m sure that Aberavon will be keen to play their brand of attacking rugby too.

I’m looking forward to seeing a great game but I don’t think I could take all the drama that we witnessed last Saturday at the Brewery field. With 30 minutes to play we’re 28 – 3 up with the try bonus point in the bag and I’m working out where we will be in the league table. Bridgend staged a superb fightback and in injury time were awarded a penalty try to put them one point up. With ‘last play’ called we took the ball through many phases and eventually got the penalty. Up stepped Matt O’Brien to take a shot at goal from the ten-metre line. Cometh the hour, cometh the man! Well done, Matt.

That game probably summed up Newport’s season with some fine attacking play, well organised defence but perhaps a lack of concentration.

Aberavon are going well this season and they certainly know how to win games. In the game at Talbot Athletic Ground we were ahead at half time but they didn’t let us get any more points and they kicked a couple of penalties to get the win.

The Newport coaching team has some difficult decisions to make when selecting the match squad as they search for the best combinations and also try to deal with a challenging injury situation. The squad will have a light run-out on Thursday and team will be picked after some injury checks