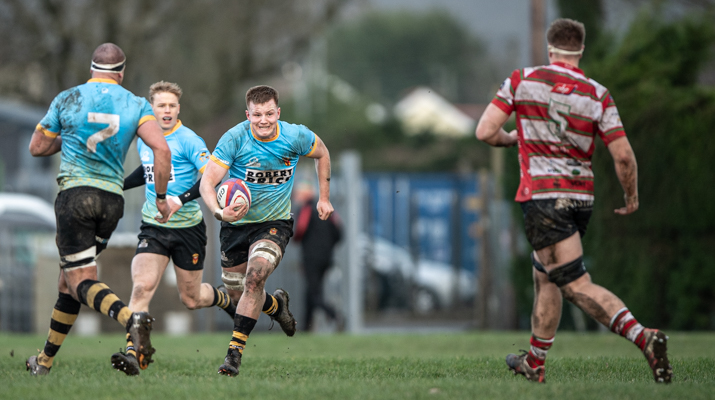 Newport seems to be in a good position right now with a place in the cup semi-finals and unbeaten in the league.  Last time out saw a brilliant fightback against a very good Llandovery team, coming back from being behind 17 – 3 at half-time to score 24 unanswered points and gain a bonus point victory.  With Pontypridd struggling a bit this season supporters might make the Black and Ambers clear favourites for this fixture but beware, the Sardis Road outfit are always dangerous with a tough, uncompromising pack and backs that move the ball wide and at pace.

The coaches make four changes in the pack from the starting line-up at Church Bank with loose-head, Louis Jones, and openside flanker, Kyle Tayler, coming in after making an impact off the bench last time out.  Fit again, Josh Skinner and Ben Roach, take the second row spot and number eight positions.  In the backs Dafydd Smith replaces the injured Mathew Powell on the wing.

As this is a televised game we have the luxury of five match officials including a TMO.