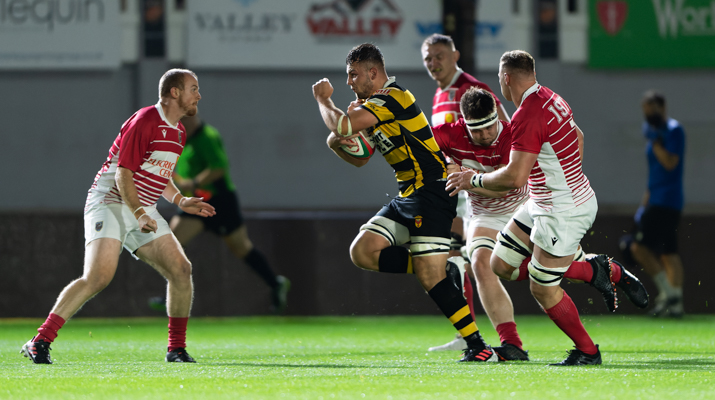 There has been a buzz around the camp this week following another good win in North Wales.  After trailing 15 – 3 at half time the team came out and changed up a couple of gears, scoring four tries and earning a bonus point.  We are now second in the league – trailing Cardiff by one point.

The coaches have emphasised to the players that Merthyr offers a huge threat with a powerful pack and speedy backs.  Any sign of complacency will be punished as the team from the Wern will be keen to get their season back on track.

The Black and Ambers have coped well with injuries and absences with players coming in, fitting in well and contributing to the team’ success.  When everyone is fit and available there will be terrific competition for places.

Once again, the coaches make changes and it’s good to see Jon Morris back in the starting fifteen.