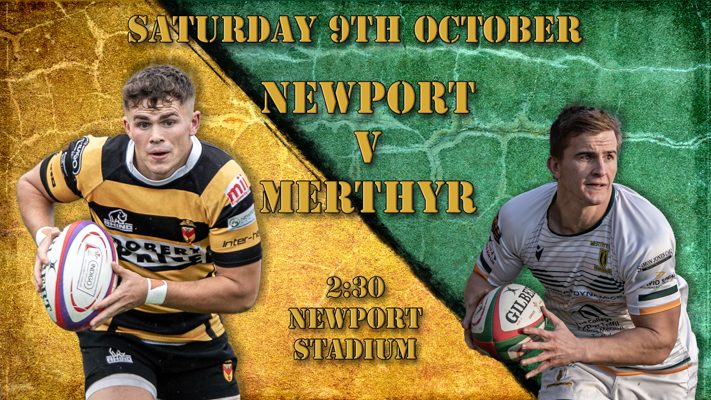 Newport RFC play their first game at their new home ground of Newport Stadium this Saturday against Merthyr. The kick off is at 14:30.

Newport sit second in the group after good wins against Cardiff and RGC and a narrow loss to Pontypridd. A win against The Ironmen would put them in a good position to qualify for the later knockout rounds of the cup.

There’s loads of free parking at the stadium. It’s convenient for Newport Bus services and free if you have one of our season tickets!

Come along and watch the black and ambers start a new chapter in their illustrious history.

We have hot and cold food available in the stadium as well as a kiosk bar. Our friends at Newport Cricket Club will be open before and after the match to serve supporters too!