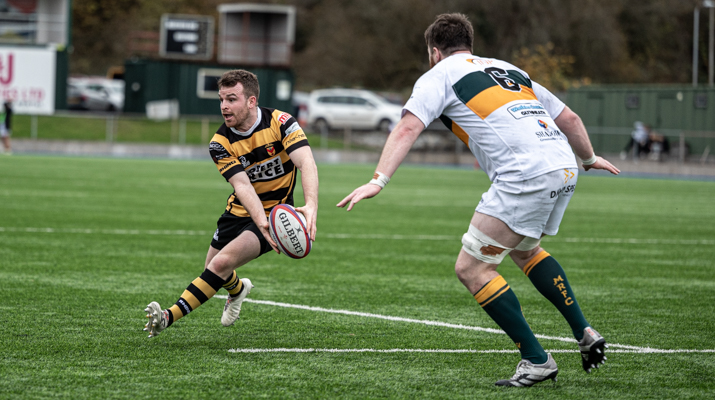 After a superb performance at The Wern the Black & Ambers return to the Newport Stadium to face Ebbw Vale.  Last Saturday we ran in eight tries against a powerful Merthyr outfit when everything clicked and we played a true 15-man game.  We had front-five forwards popping up in mid-field and running and handling like centres, our lineout forwards stealing opposition ball and our pack neutralising Merthyr’s driving game. We had backs running the ball from everywhere and sometimes the passing was so slick I couldn’t keep up with it. Can the team continue in this fashion? Well I’m sure that Ebbw Vale will have something to do with that!

The Eugene Cross outfit went down by one point to a resurgent RGC and they will believe that was one they should have won. They cannot now qualify for the knock-out stages of the cup but the very fact that they are playing Newport will be all the motivation they need to put in a big performance.

A couple of mile-stones likely to be passed when Garin Harris plays his 100th game in Black & Amber and captain, Matt O’Brien needs 4 points to move above Leighton Davies in to 5th place in the all-time Newport RFC top points scorers

Just a couple of changes to the starting fifteen from last time out. George Young comes in to the back row instead of Rhys Jenkins and Rhys Downes replaces Luke Crane at scrum half.

Kick off at 2:30 PM at Newport Stadium