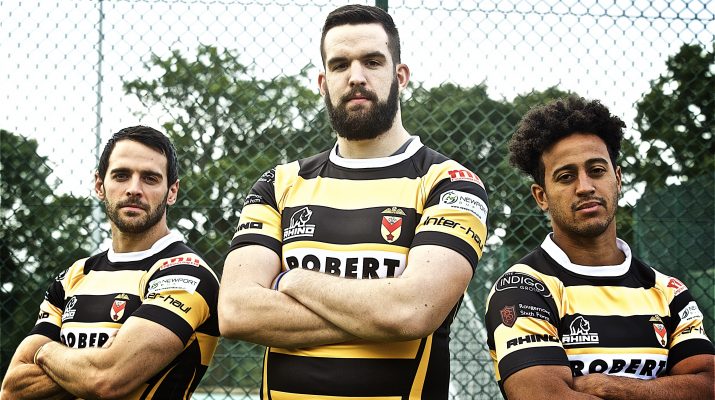 Rugby is here at last!  We’ve been able to see the televised Wales games and the Lions’ games but there is no substitute for seeing Newport play.  I still get a kick out of seeing those black & amber players run out onto the pitch and after waiting so long I might even have a tear in my eye.

Ty Morris, our Head Coach, has assembled an exciting squad and it is going to be very interesting seeing the new players blending with our established players.  The pre-season friendlies will see different combinations tried and players moved around in different positions.  New captain, Matt O’Brien, will be keen to start pulling the strings assisted by previous captain, Rhys Jenkins, who has given so much to the team and will continue to make a huge contribution.

It would have been nice to have an easier first game but here we go against a seasoned Pontypridd team at the ‘House of Pain’.  In the last 10 games between the two sides an average of 60 points has been scored so we are guaranteed some open rugby and a lot of tries.

All available players are likely to get game time on Saturday but the starting 15 will be named after Thursday’s training session and will be posted here.