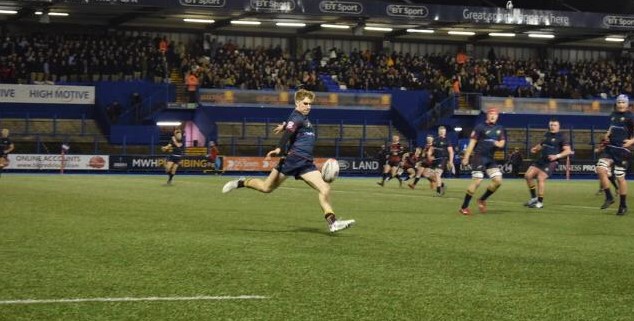 Newport RFC have added more strength in depth to their back three with the acquisition of George Gladding who can play at both fullback or on the wing. The youngster has been impressive for Cardiff Metropolitan University and has now hooked up with the Black & Ambers for the new season.

Ty Morris, Head Coach, is looking forward to George joining up with the squad. ‘We have been watching George play for some time and have been really impressed with his strong kicking game and running skills from either fullback or out on the wing. He had an excellent season with Cardiff Met’ and we are hoping that he can transfer those impressive skills he displayed to the premiership in the new season. We think he can make a big impact.’

Newport RFC like all clubs are waiting on WA and WRU guidance on when the new season can begin.