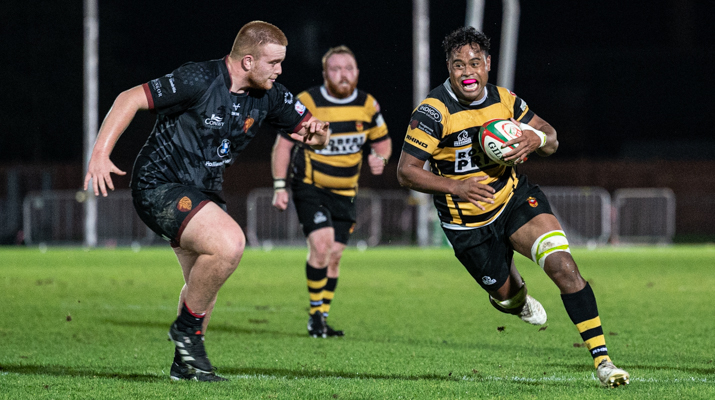 The six-match winning run came to an end last Saturday as the Black & Ambers’ resources were stretched by injury, and further injuries before and during the game meant that by the end we had a number 8 and a scrum half playing in the back line.  We shouldn’t take anything away from RGC as they played a solid all-round game and made the most of our problems.  They will do well this season under head coach, Ceri Jones.

Our two bonus points kept us top of the league and it is vital that we finish in the top two to get a home draw in the play-offs.

Next up is Merthyr, once again a team finding a bit of form, and Newport will need to put the last result behind them and get back to top form.  Our opponents put 60 points on Pontypridd last time out so they will be full of confidence.

Will Griffiths and Elliot Ferriman come into the starting line-up in a pack that’s starting to have a settled look. In the backs Will Reed starts at 10 allowing captain, Matt O’Brien, to fill one of the problem centre positions with Will Talbot-Davies and Owen Jenkins fill the wing spots.