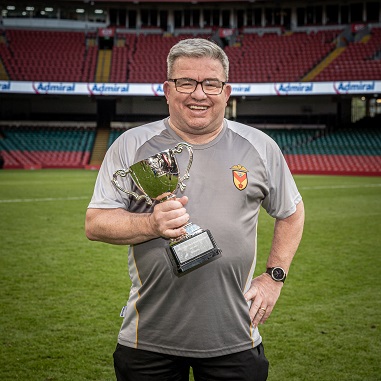 Newport RFC are sad to announce that Jeremy ‘Jez’ Williams has decided to retire and step down from his role in the medical team supporting the club.

Jeremy has been involved with the Black & Ambers since the late 1990’s in a variety of roles including heading up the specialist medical support that is vital in high performance sport such as Welsh Premiership rugby.

A Neath lad by birth, and an ex-Royal Navy serviceman, Newport has always been Jeremy’s club since he first got involved and he was delighted to be able to finish his career with a cup win at the Principality Stadium.

With Mike Drew and now Jeremy both stepping aside, our medical support team under the leadership of Emily O’Driscoll will have a different look to it for the 2022/23 season.

We wish Jeremy well and hope to see him supporting Newport RFC from the side-lines at a game in the near future.