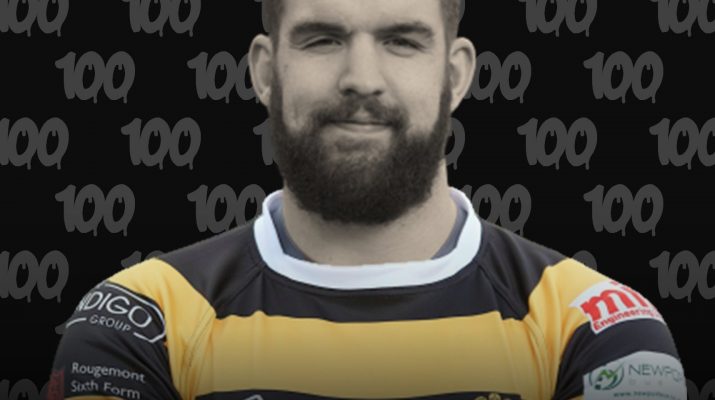 When he came off the bench in yesterdays win at Llandovery, big Dan Partridge was making his 100th appearance for Newport RFC.

The hugely popular gentle giant of a man has suffered from injury in recent times and has had to wait a very long time for this moment but it was a proud occasion for him and his family when he took to the pitch.

A former Wales U20 international Dan has been a more than regular feature in the second row for Newport since the 2014/15 season and has picked up 5 tries along the way but it is for his line-out prowess and contributions in a driving black and amber pack that he will be best known for.