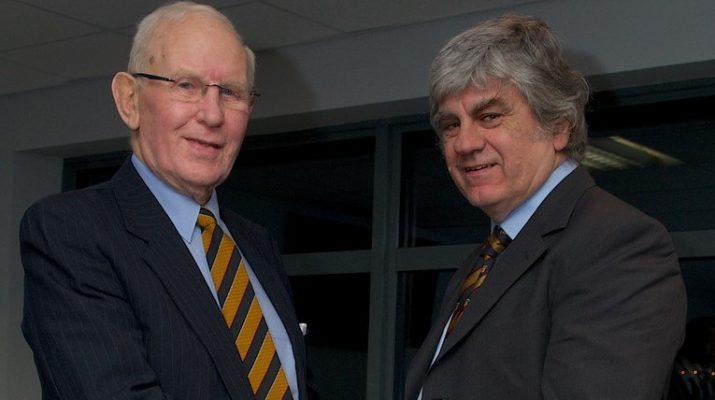 News
December 6, 2020December 6, 2020
Posted By: Kevin Jarvis
Everyone at Newport RFC was saddened to hear that Brian Cresswell had passed away. Brian played 236 times for the Black & Ambers, including the victory against Australia in 1957, and earned 4 caps for Wales. Brian was inducted into the Newport RFC Hall of Fame five years ago.
An outstanding back row forward who was a permanent fixture in the team during the 50’s and 60’s Brian was universally acknowledged as one of the greatest players of his time. He famously played in an ‘All Newport’ Wales back row with his great friends Geoff Whitson and Glynn Davidge.
Following his retirement from playing Brain continued to serve the club and was an active member of the Former Players Association.
Our thoughts and condolences go to Brian’s wife Sonia, his family and friends at this difficult time.