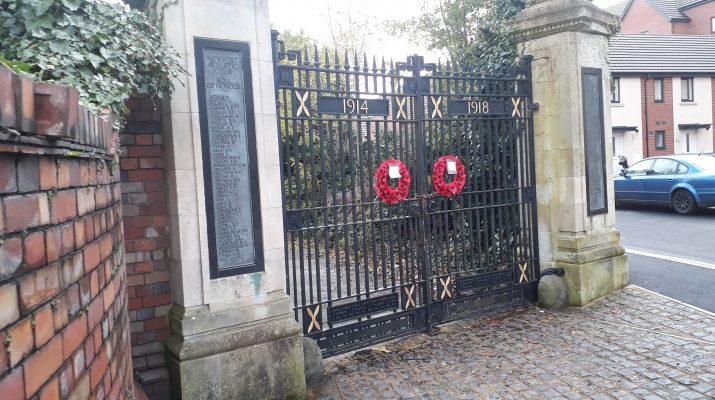 Wreathes have been hung on the Memorial Gates at Rodney Parade by Newport RFC and Friends of Newport Rugby.

At this time of the year we remember those members of Newport Athletic Club who made the ultimate sacrifice for their country. We lost eighty-six members in The Great War and thirty-one members in The Second World War.

Before the game on Saturday there will be a minute’s silence as a mark of respect to those members and all those who have fallen in conflicts around the world.