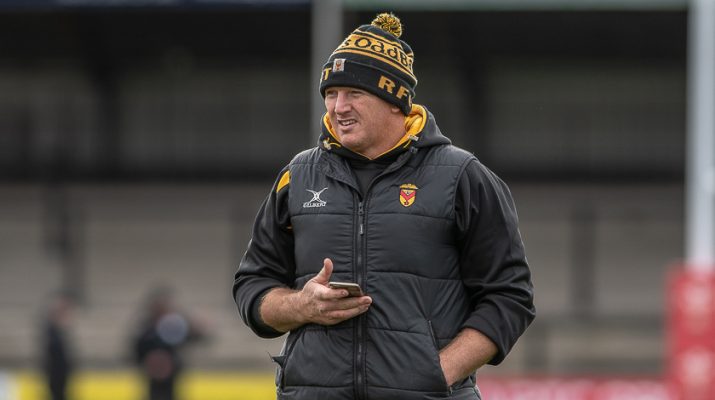 Following the announcement that Craig Warlow is to stand down as head coach at Newport RFC at the end of the season, the club are pleased to announce that Tyron Morris will step up from his role as forwards coach to head up the coaching team.

Ty played for both Cross Keys and Ebbw Vale before cutting his coaching teeth with Risca RFC. He joined Newport shortly after Craig Warlow’s appointment as head and has developed his skills at Rodney Parade. Always enthusiastic and passionate about both his role and the team performances, Ty has become an integral part of the ‘Black & Ambers’ set up.

Following his appointment Ty commented, ‘It means a great deal to me personally to become head coach at Newport RFC. The club has a huge history and I am determined to ensure that it remains one of the top clubs in the Welsh Premiership. I am very excited for the new challenges ahead. With fewer teams in our league next season it is going to be a competitive campaign. Having worked with Craig over the past 3 seasons, the club have shown an increased development both on and off the field, regularly finishing in mid table and reaching the cup final last year. I genuinely believe that there is more to come from this group of players. Finishing mid table is not going to be good enough for this ambitious group. I am looking forward to sitting down with the senior group of players, coaches and management to prepare for next season ensuring that we are consistently competitive against the very best of the premiership. The priority for me is to develop and bring promising young players through Newport RFC and also to implement a playing philosophy that will help us to reach the top of our game.’

‘I would personally like to thank Craig for aiding in my own development over the period of time we have worked together. His ability to guide and allow me to experiment has developed me as a coach throughout.’

Newport play their last game of the season at home to Llandovery on Saturday May 4th.