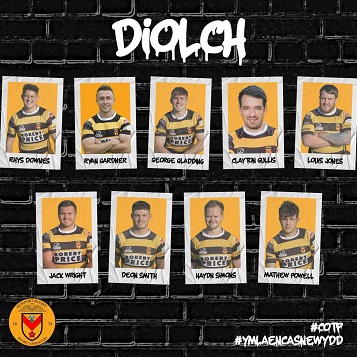 Newport RFC would like to thank a number of players who are moving on to new clubs next season or retiring from the game:

All of these guys have played an important part in the recent season culminating in a cup final win and second place in the league.

We wish them all well for the future and they will always be welcome at Newport RFC.