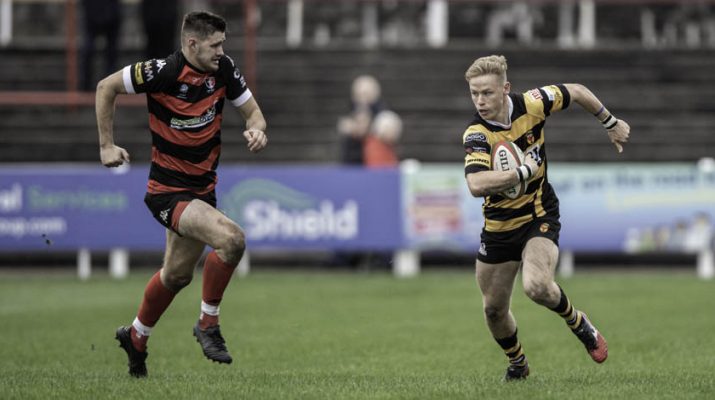 Another away game for Newport as they prepare to face old rivals Swansea. The Whites got off to a fine start this season with a high-scoring win over Llanelli but have struggled in their last three games. They lost to a rampant Pontypool in the first round of the cup and they went down to Aberavon and Cardiff in two close league games. They will be looking to get the season back on track on Saturday.

The Black & Ambers came second best to a determined Aberavon team last time out but can get some satisfaction from a fine defensive display. Although the home side had most of the ball and territory, they were only able to cross the try-line once thanks to some heroics from a stubborn defence. Newport created two good tries but struggled to get and keep possession as they failed to come to terms with the referee’s interpretation of the scrum laws.

We’ve seen some exciting encounters at on the wide, flat pitch at St. Helens and we should see more of the same as the two teams like to play a fast, wide, running game.

Newport have a couple of fitness checks before selecting the team and this will be done at Thursday’s training session.

The Swansea clubhouse will be open early on Saturday for the World Cup quarter finals. Clubhouse open from 10:30, Breakfast Baps served from 11:15 and Burgers, Sausages and Chips etc. will be served from 12:00. Newport supporters are very welcome to attend.