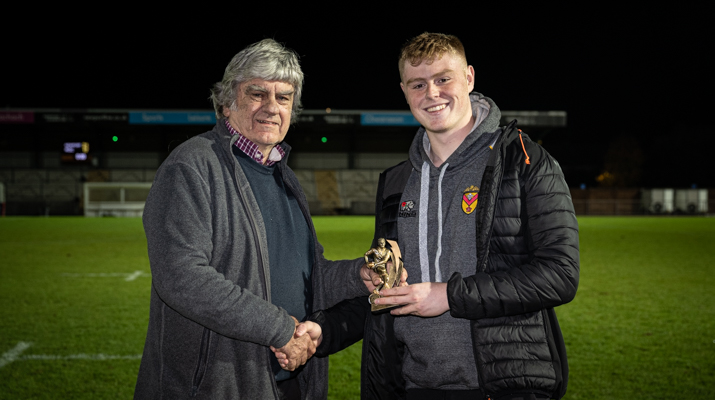 Congratulations to our flying winger Oil Andrew who, in his first month of semi-pro rugby, has been named the Newport RFC September Player of the Month.

18 year old Oli burst onto the scene scoring a try in his first three appearances for Newport and currently has a record of 5 games played and 5 wins.

Oli is a member of the Dragons Academy and was involved in the game against The Scarlets at Rodney Parade on Friday evening. He is certainly making a mark at the start of his rugby career.

Congratulations from everyone at the club!