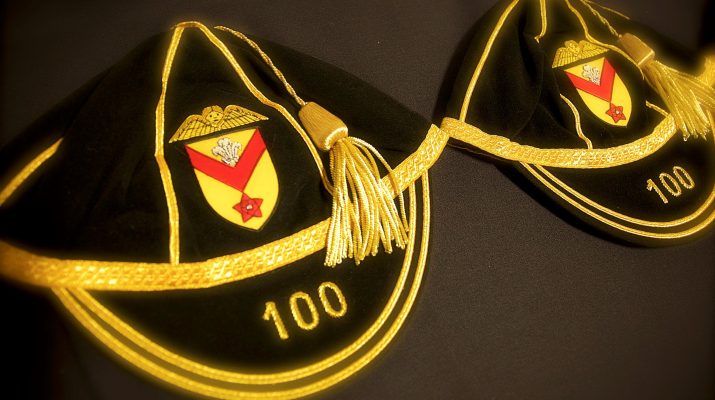 In recent years Newport RFC have restarted an old tradition of awarding caps to players for achieving appearance milestones. This was something that the club did from the late 1800’s until some time before WW2. The caps are awarded to players who have played in 100 matches for the ‘Black & Ambers’.

This has caused much interest among some of our retired former players who never benefitted from the award of caps and would dearly love to have such a memento of their career with the club. We were recently approached by former scrum-half Tony Coombs about whether caps could be awarded to former players and we have agreed to do this as long as the player covers the cost of the beautiful ornate cap. Tony, who now lives in Australia, has been speaking with lots of former players and there appears to be great interest!

If you are a former player who has played more than 100 times for the club and would like to get involved and receive a cap, please contact Kevin Jarvis – commercial@newportrfc.co.uk

Hopefully when rugby restarts we will be able to award these caps after some of our homes games.

Information regarding number of appearances can be found on our website: Player Archive – NEWPORT RFC (blackandambers.co.uk)