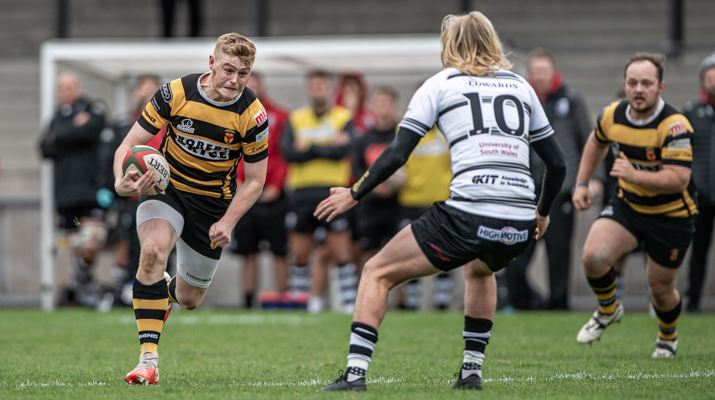 We welcome RGC to Newport Stadium on Saturday as we attempt to extend our winning run to seven games. A great victory at Cardiff Arms Park and the double over our oldest rivals and friends shouldn’t hide the fact that we weren’t at our best and the coaching team and squad have worked hard this week to raise the bar in our performance level. The commitment and effort could not be faulted and this was illustrated in the counter ruck in the dying seconds which won us the ball and secured the win. The players deserved their night out in Cardiff after the game.

RGC’s head coach is former Newport RFC player, Ceri Jones, and he of course is the son of Lyn Jones, again a former Newport player and both father and son were very popular with supporters and well respected by the players they played with and against. It would be good to see them both on Saturday.

The North Wales outfit had a difficult start to the season, going down to a heavy 60 point defeat against Cardiff, but there has been a gradual improvement as the season progressed and last Saturday they had a good win against a powerful Merthyr team.

The Black & Ambers can not relax against the visitors and will need to be on top of their game if they are going to continue the winning habit.

Newport are without their academy players but still make 5 changes in the pack with Jamie Jeune, Dan Suter, Valaime Kotobalavu, Rhodri Jones and Josh Reid starting.  Just two changes behind as Mathew Powell gets the wing spot and Dai Richards gets the 15 jersey.