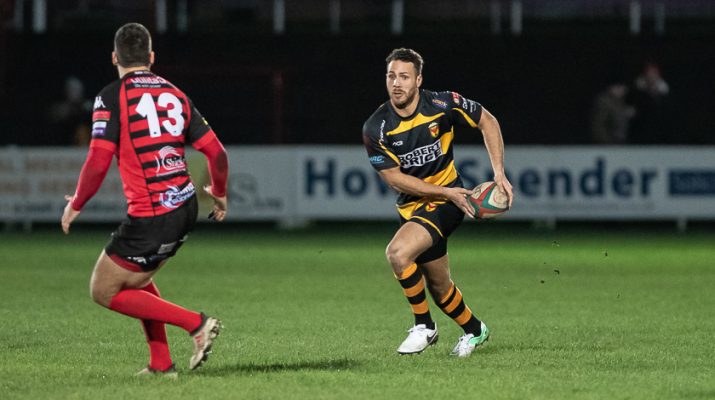 Newport go into this game knowing that they need a win to keep in touch with the teams above them. The last two games, both away, have seen honours shared but a third draw in three games is very unlikely. The coaches were not pleased with the team performance at Bedwas as so much possession was wasted but it was a much better display at Aberavon although a much harder game.

RGC 1404 have not had the success this season that they’ve achieved in previous years but they sit mid-table with nine wins and nine losses and they like to play attractive rugby. This season they lost to Newport at home but won away (at Cardiff Arms Park) in the cup. In that cup game they were the better side so the Black & Ambers know they must be at their best.

Several players picked up injuries at Aberavon so there are some forced changes. Supporters will get the chance to see new signing Lloyd White, a player with a lot of top class rugby league experience behind him. Elliot Frewen fills the full-back position in the absence of Geraint O’Driscoll and Dai Richards.