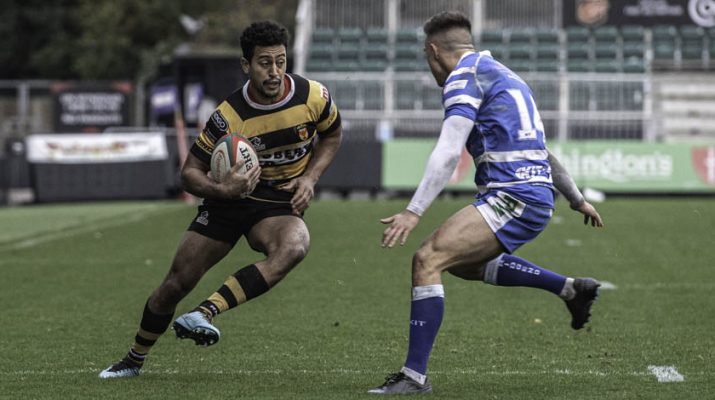 After two good wins Newport will be looking to extend that run when they face Pontypridd on Sunday. The defence has been outstanding and no tries have been conceded in those games. But games against Pontypridd are usually high-scoring affairs so that defence will be tested.

The Sardis Road outfit has had a mixed start to the season with an identical record to the Black & Ambers – three wins and three losses – but they have a fine Premier League record and are used to being at the top end of the table.

Newport still has a few players on the injury list but the coaching team is still able to select a strong starting fifteen and bench. Brodie Coghlan gets the hooker’s job after a fine debut at Llandovery while Andrew Mann moves into the second row to replace the injured Dan Partridge. Luke crane starts at nine with Geraint Watkin dropping to the bench while the rest of the backs keep their places from last Saturday’s line-up.

Supporters are again reminded that all bars at Rodney Parade are now ‘cashless’ and a credit or debit card is needed to purchase drinks.