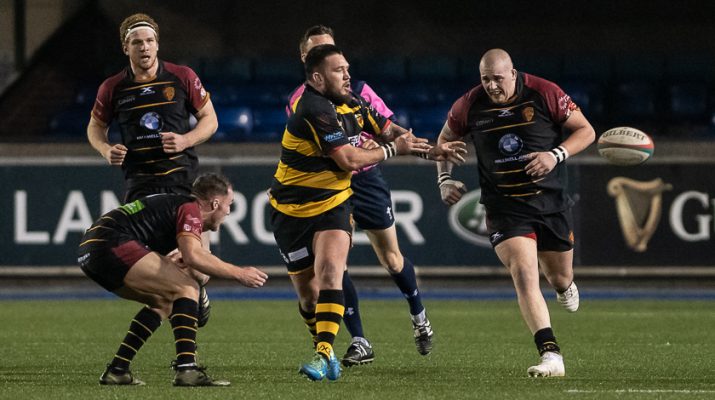 After the disappointment of last Saturday’s cup defeat the Black & Ambers will be glad to get back to league action at Rodney Parade on a Saturday afternoon.  Games between Newport and Cardiff are always keenly contested but this one is extra special as Craig Warlow’s men feel that the game at Cardiff Arms Park is one that got away.  After being in control for most of the game a couple of defensive lapses saw the Blue and Blacks get the win.  The two sides are third and fifth in the league and both will be looking to consolidate their position.

Cardiff are on a good run having beaten Merthyr and Pontypridd recently and getting a big win against Tata in the cup.

Newport have an early chance to rectify the mistakes made last Saturday and once again the coaching team has some interesting decisions to make when selecting the team.