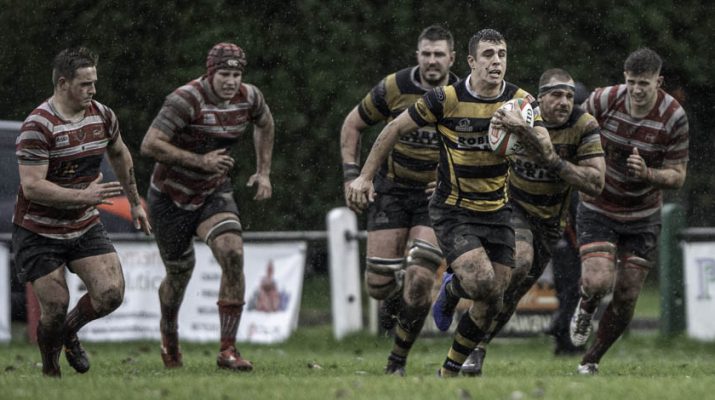 Say it quietly but Newport RFC will be playing a home game on a Saturday afternoon! Last week they played superbly to get a win against a very good Llandovery outfit. Although no tries were scored it was a great game to watch and Newport gave their best defensive display of the season.

Bridgend are not having the best of seasons so far with only one win but that doesn’t tell the complete story. Their one win was against Merthyr, they lost to Aberavon by one point and they lost to Pontypridd by a last move try and conversion. They play fifteen man rugby and on their day they can beat any team in the league. They will test Newport on Saturday.

The Black & Ambers still don’t have a full squad to select from although Evan Whitson, Dan Partridge and David Richards are now available.

The Bisley Suite is undergoing refurbishment so we will be using the Premier Lounge/Watkins Bar on Saturday. Newport RFC merchandise will be on sale and supporters can order the black rugby shirt that was previously only available to players. FoNR will have various new items for sale so come along and you’re sure to find an ideal Christmas gift.