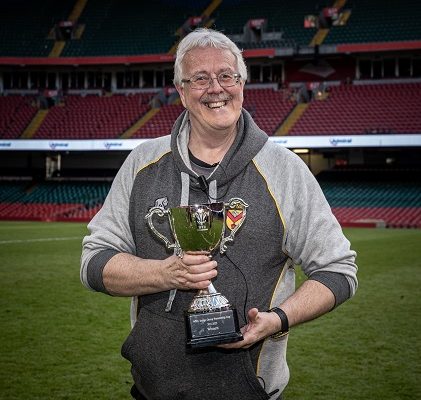 After 10 years with Newport RFC Mike Drew is standing down from his support role in the medical and pitch-side support team.

Mike has been a huge part of the club with his smiling face and witty humor a major part of the service provided as well as his medical skills, primarily as a masseur.

He bowed out with a cup final win and second place in the league. Not a bad way to go!

Mike will leave a huge hole in our team to fill but we hope to see him at games supporting the Black & Ambers.