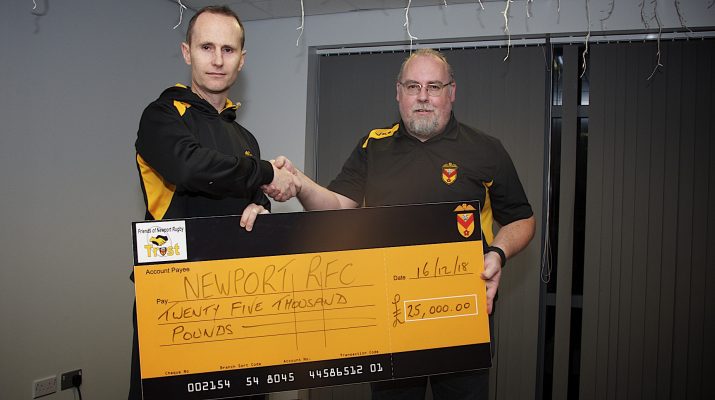 Friends of Newport Rugby have once again come up trumps by making a massive cash donation to Newport RFC as a part of their fundraising efforts.

The supporters trust that was formed at the start of semi professional rugby at Rodney Parade is backing the Black & Ambers to a tune of £25,000. The money is a combination of various efforts such as match day raffles, the monthly Bullion Draw and the newly launched weekly lottery.

Commercial Director Kevin Jarvis of Newport RFC introduced the award giving praise to all of the volunteers who help run the club as well as the supporters who willing join in with all of the various fundraising schemes. FoNR treasurer Simon Mann presented the cheque to club head coach Craig Warlow who then spoke warmly to those present about how much the efforts of the volunteers and supporters are appreciated and his hopes for the club to develop to bigger and better things as the season progresses.