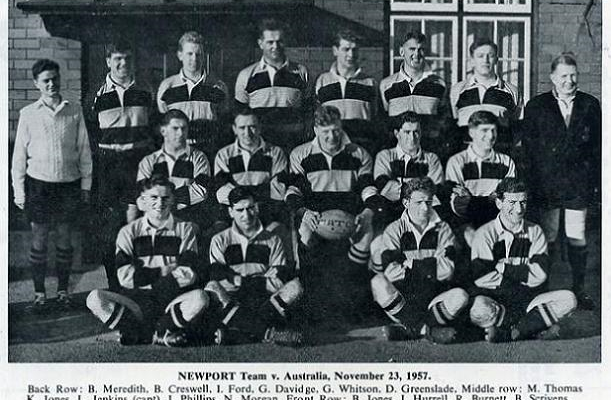 Newport RFC were sorry to receive the news today that former player and captain Leighton Jenkins had passed away in Lincolnshire, where he has lived for many years, at the age of 88.

Leighton was a fine back row forward who represented Newport on 114 occasions during the 1950’s and was captain when the Black & Ambers beat Australia 11-0 in 1957.

Leighton qualified as a teacher from Caerleon College and when he joined Newport in 1952/53 he became the first recipient of the Arthur Boucher trophy. After several years in teaching Leighton joined the RAF and climbed through the ranks to become a Squadron Leader and then Wing Commander, retiring in 1986.

Leighton was an outstanding rugby player and this was rewarded by 5 caps for Wales.

The club sends its sincere condolences to Leighton’s family and friends.