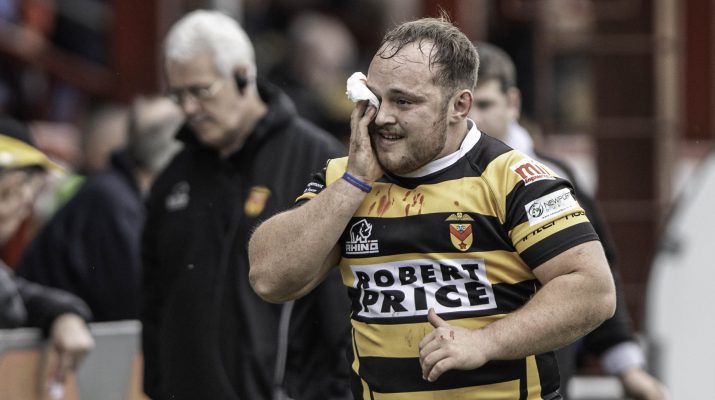 When Henry Palmer led the team out at Aberavon on Saturday he was making his 100th appearance in our famous Black & Amber colours.

In his fifth full season with the club Henry is now one 0f the senior members of the squad and always gives his all in every game he plays. Saturday was no exception as the talented hooker received a nasty cut above the eye in the first half of the game that required stitching but still returned to the field after treatment.

Everyone at the club sends their congratulations to Henry. Here’s to another 100!