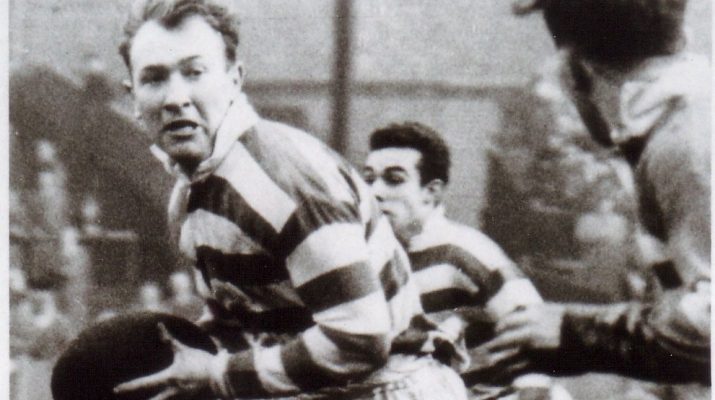 The club were sorry to hear of the passing of former fullback Garfield Owen who was a star for Newport and Wales in the 1950’s before a distinguished career in Rugby League at the age of 86.

Garfield was born in Llanharan in 1932 and played for his local side as well as Maesteg and Wrexham before joining Newport in 1953. A prodigious kicker he scored 69 points for the black and ambers in 32 games and came to the attention of the welsh selectors winning 5 matches out of his 6 capped international appearances.

Garfield ‘went North’ and joined Halifax where he enjoyed a superbly successful career in rugby league for very many years and remained in the north following his retirement from the game.

Newport RFC sends its condolences to Garfield’s family and friends.