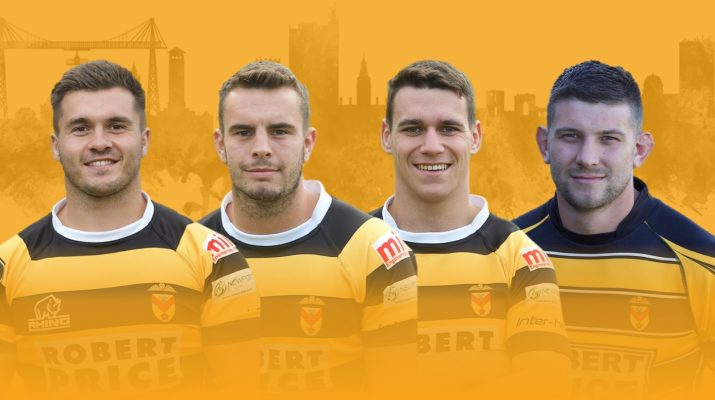 We thought we would start the new week with announcing another 4 excellent players who have committed themselves to the Black & Ambers for another season.

Jack Wright missed just about all of last season through injury and will be looking to put that in the back of his mind and establish himself as first choice inside centre. The strong running centre is more than capable of being a stand out player in midfield.

Geraint Watkin will be in his three season at Newport with 34 appearances to his name already. A very strong dependable player, Geraint’s signature was a priority for the coaching team.

Kyle Tayler is the stand out open side flanker in the Indigo Premiership. A superb scavenger, strong tackler and with a quick turn of pace his top class performances for Newport in the past five seasons have made him a fans favourite and someone that the opposition are wary of. Kyle already has 89 appearances for the club, so is in line for his 100 club cap next season.

Rhodri Jones is the fourth name to confirm today. The versatile 30 year old is in his third spell at the club and looking to add to his 68 appearances and 9 tries. Superb in the lineout and agile around the field, Rhodri gives the coaches plenty of options for where to play and will be chomping at the bit for the season to start.