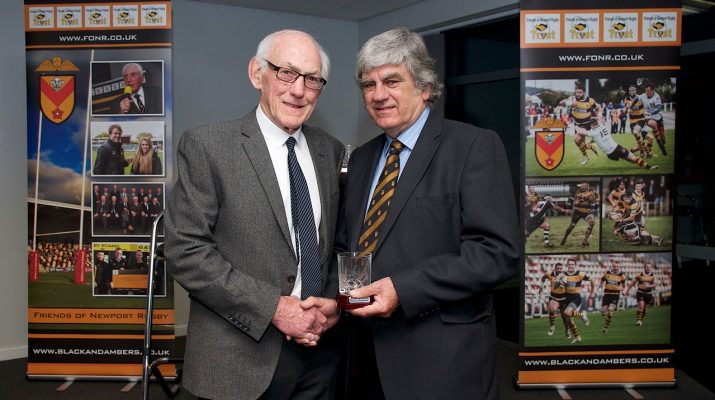 Everyone associated with the club was saddened to receive the devastating news today that Del Haines passed away earlier this week. Del was a Newport RFC legend and quite rightly inducted into the Hall of Fame by the club.

A fearsome backrow forward, Del had a reputation of being one of the hardest players in the game and was renowned for his quick reactions and hard tackling that made him feared by the best half backs of his time.

Del racked up 220 appearances in black and amber scoring 31 tries in a career at Rodney Parade that made him a firm fan favorite. His most famous day was in 1969 when Newport defeated the South African Springboks and he always liked to tell anyone who cared to listen about the match winning tackles that he put in against the international superstars during that game.

Del continued to watch Newport RFC up until the Covid break and was always present at Former Players Association reunions and anniversary dinners.

Our thoughts are with Del’s family and friends. He will be deeply missed by us all.