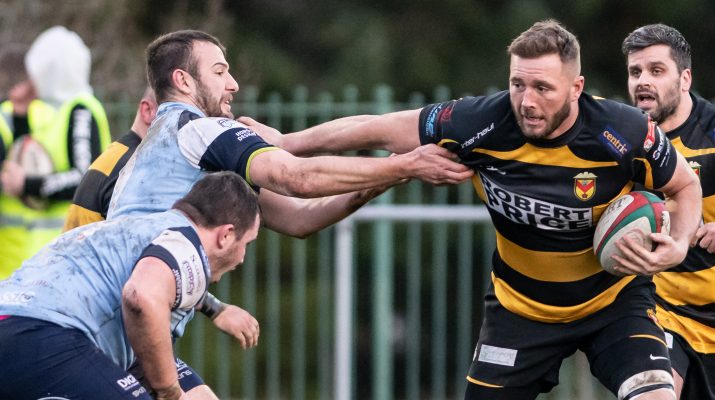 “It’s tough at the top” is an appropriate saying for Newport RFC.  After a bonus point win last Saturday against Bargoed put them up to fifth in the league, Aberavon has moved above them due to their Boxing Day win over Neath.  The Black & Ambers now need another away victory over neighbours, Cross Keys, to get back to fifth and also to maintain their place in the top six.

Cross Keys always relish playing Newport especially on their own patch and will be determined to make it as difficult as possible for the Rodney Parade outfit. It’s a dogfight at the lower end of the table and Keys have had some mixed performances but they know that a win would put them above the relegation zone.  It promises to be a tight local derby game.

Although picking up a couple of injuries last week Newport still field a strong starting line-up and a very useful bench.  Will Evans starts at hooker, swapping places with Henry Palmer.  Josh Skinner moves to second row following Andy Mann’s injury and Mathew Reed comes in at Eight.  ‘Wibble’ has made an impact off the bench in the last couple of games and deserves his start.  Tom Lucas gets the nod at nine in a position which is highly contested.  The other backs positions are unchanged.