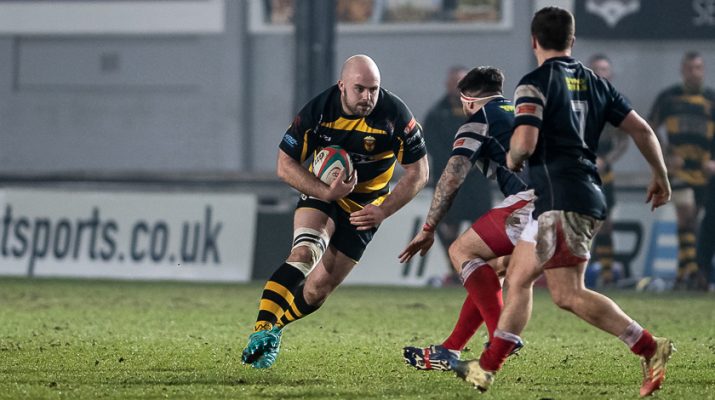 Newport head to the Morganstone Brewery Field on Saturday on the back of a good performance last Friday when they achieved maximum points against a useful Llanelli outfit. The Black & Ambers looked dangerous in attack and were outstanding in defence as they kick-started their campaign to climb the league table. Hard work in training paid off as forwards and backs combined to put on an impressive display.

Bridgend have also struck a bit of form and got a great victory away to Llandovery last time out. We know how difficult it is to get a result at Church Bank so will be aware of the importance of that result. In their previous game they lost to high-flying Merthyr by only seven points so they certainly have the capability to shock teams at the top end of the table.

Games between Bridgend and Newport are usually high-scoring, high-tempo games with lots of points scored so let’s hope the weather is kind to us and we see an attractive match.

The coaching team has a difficult job selecting the pack with almost everyone available. They don’t have that luxury in the backs with several players missing through injury or unavailability although we see a welcome return for wings, Jon Morris and Harri Lang. Jon goes straight in and Harri gets a place in the replacements