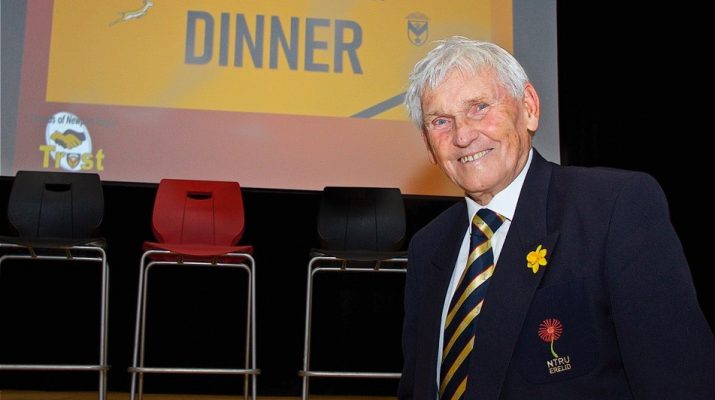 At the recent Newport RFC shareholders general meeting Brian ‘BJ’ Jones was elected as the new President of Newport Rugby Football Club. Brian has been involved with the club since 1953 as a player, captain, coach, committee man, chairman and ambassador. He is ‘Mr Newport.’ Brian is still enthusiastically involved with the club on a daily basis and is a big part of the management team of the club. He and wife Jacqueline rarely miss a training session, let alone a game.

Will Godfrey spoke warmly about BJ’s involvement throughout his long association with the club and the recommendation of the President position was endorsed unanimously by those present.

At the same time, David Watkins was appointed an Honorary Life Member of the club to recognise his outstanding commitment both on and off the field since 1961.

Newport RFC are indebted to both of these role models for their huge commitment to the Black & Ambers over the years and look forward to their association continuing for many years to come.