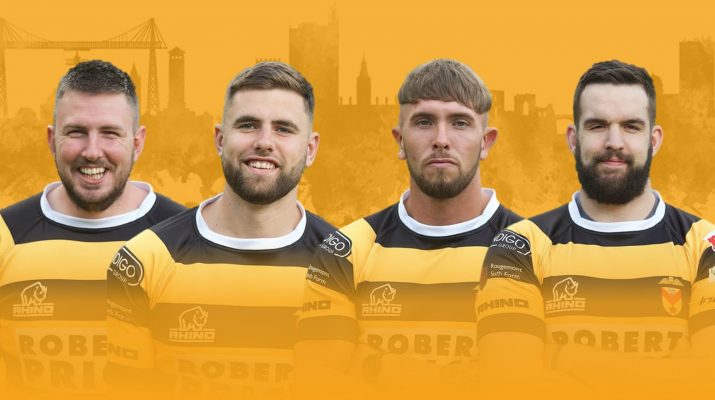 Newport are delighted to have secured the signatures of four key players who can all play in the second row. Three will be very familiar to supporters while one will make his delayed debut for the club.

Big Joe Bartlett is an imposing figure on the pitch and a hard working grafter. Joe has amassed 66 appearances in three seasons at Newport with 8 tries and will be looking to improve on both fronts.

Elliot Ferriman was devastated to suffer a very serious knee injury before last season started but is now back to full fitness and raring to go. The Caldicot RFC product will be looking to make up for lost time and establish his name on the team sheet.

Andrew Mann signs up for another season. A crowd favourite with his charging runs and hard hitting tackles, ‘Manny’ is always close to where the action is and will increase his appearances in Black & Amber from the current 56.

Our final announcement today is the re-signing of Dan Partridge. Known to the squad as ‘The Cobra’, the towering second row was gutted to see the season end prematurely with his appearances stuck on 99. The next time Dan pulls on that famous jersey he will receive his club cap.

We look forward to seeing all of the guys back on the field with our loyal supporters cheering them on.