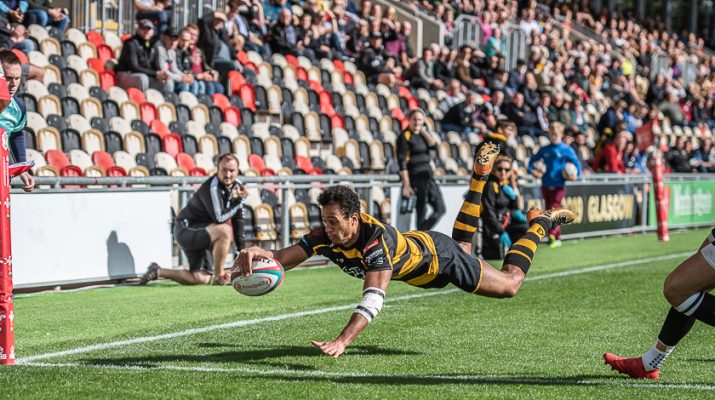 The Black & Ambers will travel to Sardis Road in good spirits after a great win at Eugene Cross Park extended their winning run to five games.  Pontypridd will be tough and their good form has put them second place in the league.  Newport has had some high-scoring encounters with Ponty over the last few years but have found it difficult to get an away win.  The Sardis Road outfit were not at their best last Friday with an error strewn performance against Llandovery but still managed to dig deep and get the victory.  As always they will be hard to beat on their own turf.

The Newport coaching team has difficult decisions to make when selecting the team and replacements.  It would be easy to say that the starting fifteen against Ebbw Vale deserve to go again but rotating the team has proved successful and they now have the luxury of having an extended group of in-form players available for selection.

Squad will be selected after Thursday’s training session.

Newport make four changes in the pack and one in the backs.  Tom Piper and Henry Palmer come in to the front row, Andrew Mann in to the second row and Kyle Tayler returns to the open-side flanker spot.  Geraint Watkin starts at scrum half in place of Ryan James.  Geraint O’Driscoll keeps the twelve jersey and David Richards gets the full-back spot.