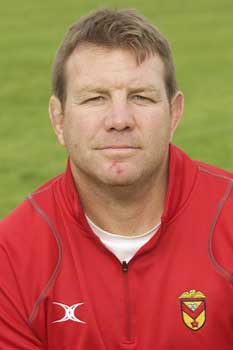 A legend at Newport RFC. Mark played 287 games over 12 seasons in Black and Amber either side of a short spell at Caerphilly. An outstanding second row forward with great lineout skills. 'Worky' also played extensively at No.8 and was capped by Wales 'B' and 7's.