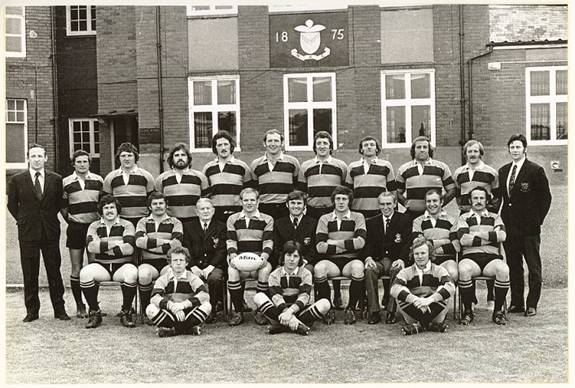 Newport under captain Geoff Evans proudly concluded the centenary season of 1974/5. The overall record was modest but 12 of the 18 defeats were suffered in the last 1-2 months of a particularly hard season in which 50 matches were played including a number of special matches such as Welsh President’s XV, Crawshay’s XV and Carwyn James XV. In October Newport defeated Tonga 14-6 in a bad tempered match which saw 6’ 5 lock Tupi sent off for punching full-back Jeff Hazzard who was laid out for some time. Hazzard kicked 2 penalties and scored a try with ken Davies getting the other try. Newport had to bring on substitutes Norman Edwards and Paul Watts to replace injured centre Jeff Martin and flanker Geoff Evans. Evans was captain for the 3rd season running and suffered a serous knee injury and missed the remainder of the season being replaced as captain by John Jeffery. In the first two months Newport lost a remarkable 5 matches – Ebbw Vale, Welsh President’s XV, Swansea, Cardiff and Pontypool but then came a wonderful run with only 1 defeat in a 4 month run and that at Harlequins. Newport reached the Q/F of the Welsh Cup but lost 7-18 at Bridgend.

Acting captain John Jeffery played in 40 of the 50 matches while David Ford played in 47, David Burcher 46 and Jeff Martin 41. Keith Poole played in 35 matches and passed 400 appearances during his career. Young fullback Jeff Hazzard was top scorer with 162pts in 33 matches while young wing Ken Davies led the try scorers on 22 from 34 matches. Second row Tony Mogridge won the Arthur Boucher award and David Burcher the Martin Webber Trophy for clubman of the year.

A newcomer was Danny Wilson outside-half from Cardiff and brother of Frank. He only played 18 games and then went North to Swinton RL. He played for Wales RL and his son Ryan Giggs became a famous Manchester United and Wales footballer. Flanker Brian Lease joined from Ebbw Vale. Future Wales internationals and British Lions flanker Jeff Squire and Gareth Evans also made their debuts. Evans was also a future captain and coach. Wing / centre Gordon Pritchard turned professional with Barrow RL and played for Wales RL.

There also followed a successful tour of USA with a record of P5 W5 F235 A3 under manager BJ Jones and coach John Ryan. 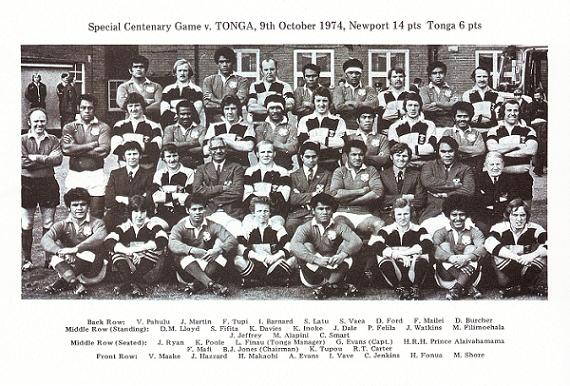