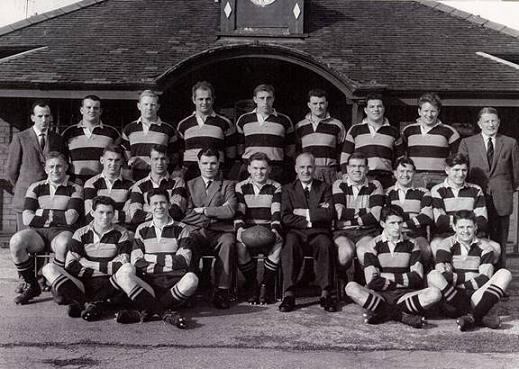 Brian Jones was again captain and once again Newport got off to a tremendous start winning 9 of their first 10 matches. This included a win over French side Bayonne 20-3 at Rodney Parade. Newport were then only able to win just 2 (Leicester, London Welsh) of their next 6 games with defeats against Cardiff, Cambridge University, Bristol and Combined Services as well as a draw vs Cardiff. One of the problems was finding a suitable outside-half. Captain Brian Jones was not always comfortable and Jack Hurrell, Malcolm Early (ex-Abertillery) and Meirion Phillips were all tried there until Pontypridd’s Welsh trialist Billy Griffiths arrived at Rodney Parade. To be honest he never really fitted into the team even though he has played in Championship winning team for Pontypridd and later Bridgend and only played 11 games for Newport – this included the touring Springboks.

On Jan 11th 1961 Newport produced one of their greatest display in their illustrious history. Thye were cruelly robbed of victory by missed chances and missed kicks at goal and lost 0-3. Dr Danie Craven, President of South Africa RU said “This has restored my faith in Welsh rugby. I was delighted with the game. Newport should have won but they threw away their chances. But I was delighted with the type of football played”. Tragically for Newport they lost their international full-back Norma Morgan with damaged knee ligaments on Boxing Day, his usual deputy John Hughes had already broken his collar bone and Brain Lewis had joined from Abertillery and suffered a face injury just 8 mins into his debut on Dec 31st at Aberavon. Newport then brought in unknown Barrie Edwards from Tredegar to make his debut against the mighty Springboks. Sadly it was not to be a fairy tale ending as both he and Brian Jones missed kickable kicks at goal. It was a great match and will always be remembered for a simply magnificent display by Newport No 8 Glynn Davidge. No words will ever do justice to his brave performance. Although later he was to put in another superb performance in 1963 when Newport were the only team to beat the touring All Blacks he always said that this was probably his greatest ever performance on the rugby field. The team to a man played magnificently but none more than scrum-half Billy Watkins, wing Peter Rees (in his first season for Newport) and Glynn Davidge. In the end they lost by a single try scored after just 5 mins by wing forward Pieter van Zyl and so Newport were unable to complete their 2nd ever win against South Africa. However just 8 years later they did just that !

Players to mention were centre Gordon Britton who won a deserved Wales cap vs Scotland, wing Peter Rees and second row Brian Price – both were capped during the season and both were to give great service to Newport RFC with price being a future Newport and Wales captain as well as playing for the British Lions. Ian Ford passed 300 appearances but instead of retiring he continued and would feature in some more pages of Newport’s history in years to come. What more can be said about the magnificent Glynn Davidge and the great Bryn Meredith.
A young Ebbw Vale reserve, Geoff Davies took over the troublesome outside-half spot on Match 11th vs Wasps. He played 11 games and was never on the losing side including the Snelling 7’s which Newport again won at the end of the season but he was never to play for Newport again as he was replaced the following season by the unknown youngster David Watkins. Davies joined Cardiff and actually opposed David Watkins in a Welsh Trial.
Norman Morgan only played 15 games but was top scorer with 70 pts (1t,14c,12p,1dg) while prolific scorer Peter Rees led the try scoring with 17 from 28 games in his first season for Newport. He had played a few games for Abertillery and Newbridge prior to joining Newport. Ian Ford led the appearances with 41 followed by Brian Cresswell ((38). In fact 9 players played in 30 or more matches. Newport won the Snelling 7’s at Cardiff for the 5th time beating Cardiff, Neath Swansea and Pontypool 8-3 in the final. 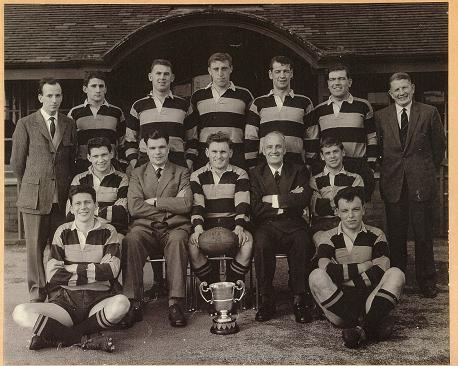