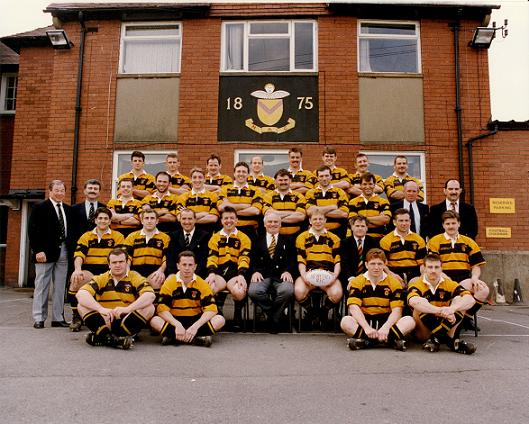 Newport were shocked when vice capt Paul Turner decided to join Sale as player-coach in August 1992 but there was good news in that Newport legend David Watkins accepted the appointment of Team Manager. David said “I have never lost my affinity for Newport. If I can only give something to the club it is certain this move will be nothing but a success. I am prepared to listen to any spectator of Newport RFC. No-one is too big or small. I am delighted to be back with the club that built my foundations.”

Glenn George captained Newport for a record equalling 5th successive season (following Will Phillips and Geoff Evans) and the coaches this season were Roger Powell, Rhys Morgan and Nigel Callard.

It was a season of mixed fortunes. Hoping to make a strong challenge for league honours they could only manage 7th place out of 12. They were however 4th in the league try scorers with wing Andrew Lewis third in the individual scorers with 16t. Most notable league performances were doubles over Pontypool and Aberavon and wins against Neath and Bridgend but heavy defeats were suffered against Llanelli, Cardiff and Swansea and the only notable non-league win was against London Scottish.

Roger Bidgood played for Wales vs Italy and for Wales A vs Ireland and Holland and was also selected to tour Namibia and Zimbabwe with the Welsh squad while Jon Westwood, Andrew Lewis, David Llewellyn and prop Andrew Dibble were selected to tour France with the Welsh Development Squad. Back-row Alun Carter captained British Colleges throughout the season and Mark Davis was also selected.

NB : Try was increased to 5 pts this season.