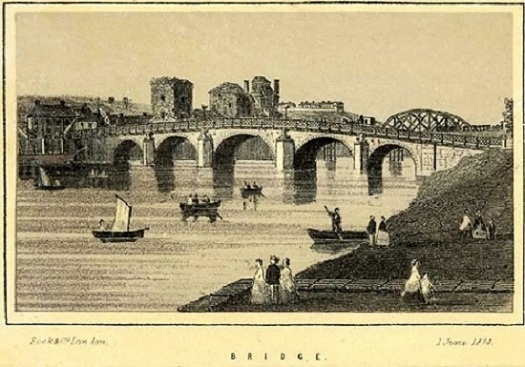 John Mapletoft Leonard was elected captain for 1875/6 and Newport played their next match on Dec 18th 1875. Once again it was Glamorgan FC at Cardiff.

Glamorgan scored 2 disputed tries while Newport scored an undoubted try – the match was called a 0-0 draw in a match played without umpires. Newport ended the season having played 11 matches with 8 wins – Cardiff (2), Vale of Usk (2), Pontypool (2), Panteg and Swansea and 3 draws – Glamorgan FC, Swansea and Cardiff .

The regular playing place was the Marshes, now Shaftesbury Park.

Some of these players were drawn from outside Newport eg Arthur H Collins (Pontypool), T Babbington Jones and V A Julius were solicitors from Abergavenny, Josiah Richards.(Pontypool), S Davies, a solicitor from Crickhowell and brother of Edgar G Davies while H W Peill was a master at Monmouth Grammar School.

400 spectators watched the last Cardiff match of the season which was played at Maindee on March 11th 1876 as the Marshes were flooded. The result was a 1 try each draw – only the 2nd try to be scored against Newport during the season in 11 official matches.

“On Sat 18th a game of football was played on the Marshes ……. The Swansea men won the choice of sides and at half time they changed. It was a well contested game throughout. One member of the Newport team was injured and he was obliged to be removed….. The game resulted in favour of Newport. A goal was not made. The run in was made by Goss and the try was entrusted to Clifford Phillips”.