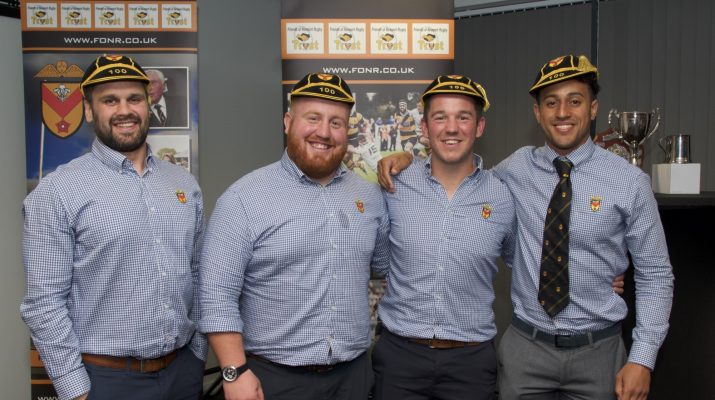 Newport RFC ended their season with the annual awards dinner on Friday evening where those present including players, coaches, management, sponsors and supporters were entertained by various presentations and speeches by Matt O’Brien, Jeremy Williams and Kev Jarvis among others.

A special presentation was made to outgoing head coach Craig Warlow.

The award winners were as follows:

May Player of the Month: Chay Smith

Clubman of the season: Mike Drew

The squad will now enjoy a short summer break before getting back together in July to prepare for the new season.

Pictures from the event can be viewed here: https://fonr.smugmug.com/201819-End-of-Season-Dinner/