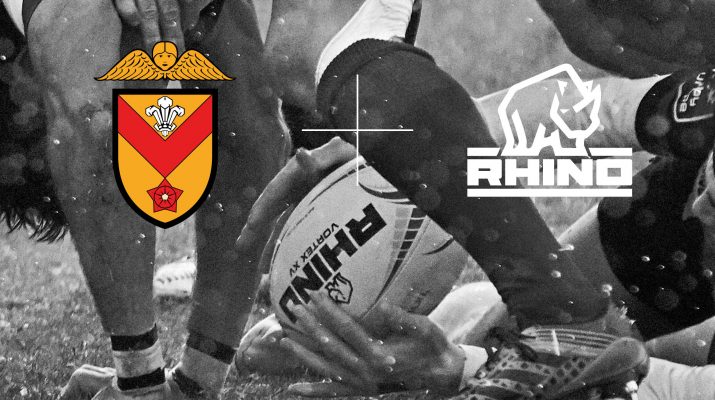 Rhino has signed a deal with Newport RFC to supply playing kit for the forthcoming Welsh Premiership campaign.

In a new partnership for Rhino, long-term official sponsor of the Welsh Rugby Union, the Black and Ambers will be joining a family of world-famous rugby clubs and unions that now includes the likes of the British & Irish Lions, Cardiff Blues, England Rugby, Rugby Europe, Global Rapid Rugby and Asia Rugby.

Kevin Jarvis, Newport RFC’s commercial director, said: “I’m excited to see how the partnership between Newport RFC and Rhino develops. Rhino has a proven name for quality in playing kit, merchandise and rugby equipment. Our discussions and plans with Rhino have all been extremely proactive and we know that both players and supporters alike will love the new Rhino products. The new kit looks superb and we are very impressed with the wide range of off-field merchandise available to our squad and supporters.”

Dave Reynish, Rhino’s managing director, added: “The heritage of Newport RFC is incredible, and we’re very proud to be working with them and producing their famous Black and Amber kit. There have been so many great moments at Rodney Parade, from cup and league wins to victories over the All Blacks, South Africa and Australia, that we can’t wait to play a part in the club’s history.”

Rhino now supply hundreds of sides with playing kit across the UK which, coupled with their status as the No.1 technical training equipment supplier and match ball supplier to 78 rugby playing nations across the world, demonstrates the sporting strength of the brand.

The new kit is set to be unveiled later this month, with the first league game away to Ebbw Vale on Saturday 7th September.