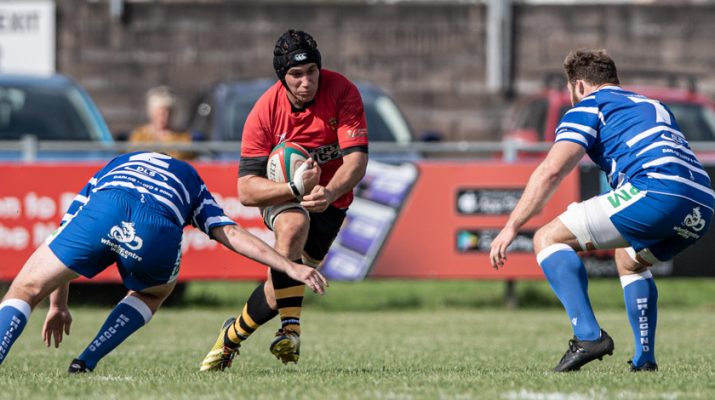 After four away pre-season friendlies Newport prepare to play Pontypridd in their first ‘serious’ game.  The Sardis Road outfit was the first of the friendlies and a close game ended in a victory for the home side.  Next up was a trip to Swansea University where the students gave the Black & Ambers a tough time before going down by a small margin.  A win against a very good Aberavon side was useful preparation for the trip to Bridgend.  Newport started well and were leading 21-0 before half-time before the home side made a come-back.  A very strong defensive display saw Newport hold on for the win.

The coaching team has been trying different players and combinations and again there are several changes.  Captain Matt O’Brien returns to take the ten jersey following an impressive display from young Will Reed.  There are starts for Lennon Greggains, George Young and Mathew Powell.  The replacements look more than useful.

Games against Pontypridd are usually high-scoring affairs and with fine weather predicted we could see a cracker.