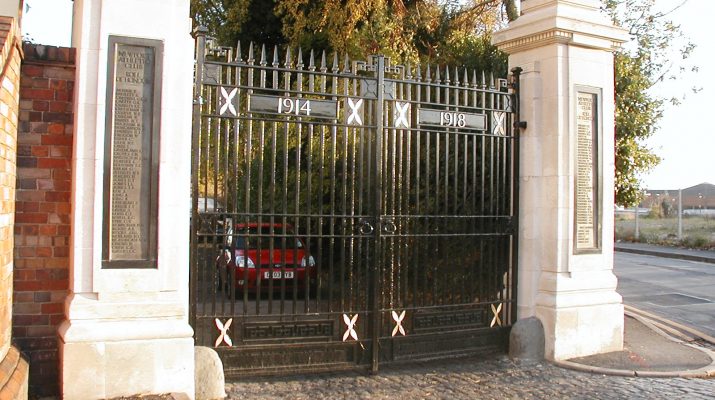 Newport Rugby Football Club is pleased to announce that The Memorial Gates at Rodney Parade have been given Grade 2 Listed Building Status. The gates were erected as a permanent memorial to the members of Newport Athletic Club who made the ultimate sacrifice in World War One. They were unveiled by Lord Tredegar on 5 September 1923. There are eighty-six names on the bronze plaques and includes four members of the N.A.C. Platoon. The memorial was refurbished in 2006 with contributions from Newport RFC, Friends of Newport Rugby and Newport RFC Supporters’ Club. This was followed by a service of rededication

In the official notification from Cadw they are described as ‘A good example of First World War Memorial Gates and as a formal entrance to one of Wales’s most important sporting venues’. The listing includes the gates, the two stone pillars and the bronze plaques.

This latest recognition reminds us of the important part the club has played in the history of Newport and should also be seen as a tribute to those brave men who gave their lives in The Great War.